Top Ideabooks
Kitchen Tour: A Slim Galley Gets a Sociable, Storage-packed RedoRoom Tour: Birch Ply Cabinets Complement the View in a 1960s FlatHouzz Tour: A Fresh, Sunny Renovation of a Gloomy FlatHouzz Tour: A Rundown Devon Cottage Gets a Contemporary Update
Appears in
Houzz Tours
Most Popular
Most Popular

Top Ideabooks
10 Ways to Have a Beautiful Christmas on a BudgetHow to Achieve a Stress-free Kitchen Renovation16 Gorgeous Cloakrooms With Dark WallsHouzz Tour: A Tiny Cottage Gets a Stylish, Vintage Makeover
Appears in
Latest from Houzz

Houzz Tour: A Tiny Cottage Gets a Stylish, Vintage Makeover

Thoughtful, sympathetic design has brought back the period charm of this Cotswolds cottage

Amanda Pollard13 November, 2022
Senior Editor at Houzz UK and Ireland. Journalist and editor specialising in interiors and architecture.
More
Print
Twitter
Email
This cosy, 18th century cottage needed quite a lot of work to bring back its character and create a roomier living space for the couple who live here. “They worked with architects to design an extension and we completely updated the bones of the building, including wiring, plumbing and reinstating stone walls,” interior designer Jo Shore says.

To give the owners the rustic look they were after, Jo brought in plenty of texture with natural linen, wool, seagrass and stone.
Jo Shore Ltd
House at a Glance
Who lives here? A couple
Location The Cotswolds
Property An 18th century mid-terrace cottage
Size Three bedrooms and two bathrooms
Designer Jo Shore of Jo Shore

To give this tiny cottage a more spacious feel, the wall that separated two small living rooms was removed to create a larger space. At one end is a seating zone where the owners can read, watch TV or relax with friends.

“They were keen to conceal the TV, so we designed a storage unit with doors for the screen and a drinks area above,” Jo says. Wall lights either side add a cosy glow to the bookcase.

Sofa, Sofa.com. Floor lamp, Jim Lawrence.
Before Photo
Amanda Pollard
A wall of Cotswolds stone was built in front of the plasterboard at the side of the room. “We relied on the builders’ beautiful craftsmanship to create the stone walls around the house,” Jo says.
Jo Shore Ltd
At the other end of the living room is a wood-burning stove. Jo extended the hearth below by sourcing the same dark limestone as the existing surface. The mantelpiece beam was stripped back and made good, and an alcove was created to store the wood.

The ceiling beams were originally stained a dark colour, so Jo painted them white to give a fresh look to the room. She hung a cosy wool herringbone curtain over the front door at the side of the space for added insulation.

Armchairs, Sofa Workshop. Herringbone 100% wool curtain, The Style Library. Side tables, deVOL.
Jo Shore Ltd
An extension was built to the side of the kitchen to accommodate a dining room. The owners found the table and chairs in France, and Jo’s cabinet-maker adjusted the legs to make it lower.

“We built a bench beneath the windows with hinged seats for storing outdoor cushions,” Jo says. “It was tricky to find the right colour to paint the windows, as they’re uPVC, but we were happy with this choice in the end.”

Jo’s builder made the solid oak barn door that leads to the utility room behind. This room was an old outbuilding and is now connected to the new extension.

Walls painted in Jasmine White, Dulux.
Jo Shore Ltd
A pendant light was made from a basket that Jo found at a garden centre. “I sourced a filament bulb and a suitable cable and asked the electrician to make it into a pendant,” she says. “It’s hung from the central beam of the sky lantern and gives a lovely focal point.”
Jo Shore Ltd
The kitchen needed to accommodate ample storage in the tiny space. “The utility room helped, as we could put the laundry appliances in there,” Jo says. The base cabinets house an integrated dishwasher and plenty of pan drawers, as well as a corner cupboard with a pull-out rack inside.

“We wanted to keep it nice and open, so we only installed wall units on one side,” Jo says. Three brass wall lights complement the brass fittings elsewhere in the kitchen.

Limestone flooring covers the whole of the kitchen and dining space, and a seagrass rug from Africa softens the surface.

Kitchen units and sink, Wren. Tap, Abode. Door handles, Relics of Witney. Wall lights, Jim Lawrence.
Jo Shore Ltd
The stairs are located directly opposite the kitchen. “We kept the existing banister and handrail and tidied up the underside of the staircase,” Jo says.

The owners bought the desk in France, and Jo found the reconditioned Anglepoise lamp in a local shop.

Banister painted in Lead Grey, Dulux. Stair runner, Roger Oates.
Jo Shore Ltd
In the master bedroom, the back wall was plastered, so the team built a layer of Cotswold stone in front of it. “It takes up some space in the room, but creates more character,” Jo says.

Bed and headboard, Loaf. Valance, Zara Home. Pendant lamp, Cox & Cox.
Jo Shore Ltd
Brass reading lights can be turned on with a separate switch, while the table lamps can be operated at the wall for more decorative illumination.

“The wall had to be immaculately planned for the back boxes and switches,” Jo says.
Jo Shore Ltd
“We built an upholstered seat in the recessed window,” Jo says. “The curtains are cotton with tassels to add a pretty edging.”

Render was taken off the landing wall to reveal the beautiful stone underneath. This was repointed, while downlights were installed along the ceiling to wash the wall with light.

Floor tiles, Walls and Floors. Walls painted in Lead Grey, Dulux.
Jo Shore Ltd
In the tiny single bedroom, Jo’s team built a bed in a nook with storage underneath. “The tongue-and-groove doors with Suffolk ironware give it some character,” she says.

The windows are again uPVC, but the dark grey paint and new handles help to tie them in with the old house.

Ticking fabric for blind, Ian Mankin.
Before Photo
Amanda Pollard
There were some existing beams in the attic bedroom, so Jo’s team added a second one vertically to give the space symmetry.
Jo Shore Ltd
“We also put tongue-and-groove behind the bed to add character,” Jo says.

Table lamps are again complemented by wall-mounted lights. “It’s a lovely, luxurious touch to have separate reading lights,” she says.

Bedside tables, La Redoute. Pendant light, John Lewis & Partners.
Jo Shore Ltd
Storage was built into the eaves, concealed by tongue-and-groove doors.
Jo Shore Ltd
In the adjoining bathroom, Jo worked with what was already there. “We panelled the side of the bath and added new taps,” she says. The flooring matches that in the first-floor bathroom to give the home a cohesive look. 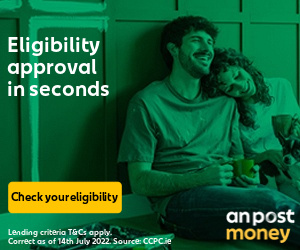