A brilliantly reconfigured layout, a soaring ceiling and soft pink accents give this flat both glamour and practicality

Agnès Carpentier3 February, 2022
Contributrice HOUZZ. Journaliste.
More
Print
Facebook
Twitter
Email
The owner of this 65 sq m flat in Versailles, France, asked Hélène Gros, interior designer at Atelier Jaune, to help her with her renovation. Hélène took charge of the design, then turned the project over to Elisabeth Roux of Archivalo, a colleague adept at construction management, who relies on a strong network of local firms.

“I accepted this project enthusiastically because we had a good connection right away,” Elisabeth says. “Like most of my clients, she was reassured by my Houzz profile, which includes positive reviews from my previous clients and photos of my projects. It’s become an important element of almost every contract.”

‘After’ photos by Laura Innocente
‘Before’ Photos from Archivalo
Before Photo
This 65 sq m apartment is positioned on the second and top storeys of a building built in the early 2000s. After living here for a few months, the owner still hadn’t come round to some of the renovations made by the previous occupants, and didn’t feel comfortable in the space (seen here).

“She wanted to give her apartment a resolutely contemporary identity and develop it further, which the previous arrangement and ambience did not allow,” Elisabeth Roux says.
Atelier Jaune
3D visualisation of Atelier Jaune’s conception of the project.

Hélène Gros worked on creating the cocooning ambience the owner sought, along with extensive changes to the layout. She particularly proposed making more of a feature of the space that had been poorly exploited in the original design, but which adds a lot of charm – its double-height ceiling. In fact, the flat’s cathedral ceiling is 4.5m at the highest point.
This ‘before’ floorplan shows how the entrance opened directly into the living room, which was connected to the bedroom, the spacious separate kitchen and the bathroom. A large terrace offered the living room and kitchen an open view of a leafy courtyard, with no other windows directly opposite. “This is a huge privilege in the Versailles town centre, 600m from the palace!” Elisabeth says.
As this ‘after’ floorplan shows, Hélène rearranged the space and expanded the living room by connecting it to the kitchen. She also made the best possible use of the height under the ceiling to create two storage spaces above the bathroom and the bedroom wardrobe.

However, it’s the design of the entrance that changed everything, freeing the living room from its original role of connecting the spaces, and separating the social and private areas.

After the layout was selected in March 2020, world events meant construction could not begin as quickly as the owner had hoped. “Because of the historic surroundings, in the Versailles town centre, you have to make a preliminary request to city hall no matter the nature of the works to be undertaken. The official decision was postponed because of the lockdown,” Elisabeth says.

“We were then supposed to go to the general assembly in September to request the creation of a load-bearing element to make it possible to install a chimney in the living room,” she continues. “In the end, we discovered there was another two-month-long period for third-party appeal, imposed by the building’s homeowners’ association. Since the owner was renting a flat during the works, she didn’t want to wait any longer. We therefore started in October, having decided not to touch the load-bearing element.”
Before Photo
This photo from before the renovation shows the closed entrance door, the bedroom door to the right, and the bathroom door on the left. Whenever the owner invited friends over, the console behind the sofa accumulated a pile of coats and bags. The space was often cluttered and the first section of the room was therefore lost.
ARCHIVALO
Now, a new, closed-off entry hall just in front of the living room has revolutionised the layout. The master stroke was separating the two spaces with a full-height window that traces the contours of the cathedral ceiling. This stunning feature provides the ‘wow’ effect the owner was after without interrupting either the light or the sightlines in the space.
Although Elisabeth likes to work with local craftspeople as much as possible, she called on BCBD, a firm from Caen, for this incredible glass divider. “It’s a very technical feature because of its huge height and because it’s made up of two sections, one fixed and the other moving,” she says. “It had to be made rigid with iron jambs and thicker-than-usual Securit glass, as the moving door creates considerable vibrations. Few firms have the know-how to do this without exploding the budget.”

ARCHIVALO
A floor was created above the bathroom to claw back some storage space. This ‘attic’ can be reached via a ladder, which can also be used for the uppermost kitchen cabinets. The ladder is secured to a continuous rail that stretches from the entrance to the end of one wall of the kitchen.

“I coordinated between the kitchen specialist and BCBD so the rail could be fastened securely without damaging the cupboards,” Elisabeth explains. “A metal beam was installed under the rail to create a solid hook for the ladder.”

Feeling inspired by this makeover? Find a local interior designer to help make your own design dreams a reality.
Before Photo
The former separate kitchen was 15 years old and included a washing machine (now relocated to the bathroom) – it was not a pleasant or sociable space.

You might also enjoy How to Move Your Washing Machine Out of the Kitchen.
ARCHIVALO
The owner wanted to treat herself with the new kitchen. She went for a white design from Mobalpa, enhanced with a pale grey Corian worktop.

“She chose Corian for its very pleasant feel. It’s in the same price spectrum as quartz, but with Corian, it’s possible to repair scratches,” Elisabeth says.

Kitchen and worktop, Mobalpa.
ARCHIVALO
Elisabeth’s mission was also to choose the other finishes to fit her client’s request for quality and lasting materials.

To decorate the splashback, she introduced the owner to zellige tiles. Their irregular surface betrays their artisanal manufacture and creates a play of light. They’re also resistant to heat and cleaning products.
ARCHIVALO
The wall is painted in a plaster pink to bring in warmth.
ARCHIVALO
Here is a close-up of the silver-grey Corian worktop. The sink was joined under the worktop and the grooves of the drying rack are etched into the Corian.

Above it is the splashback in pale pink tiles, chosen to go with the powder-pink wall paint.

Tiles, Mosaic Factory.
ARCHIVALO
The original flooring was wood glued in a herringbone pattern onto the concrete slab. The owner wanted to replace it with solid wood floorboards, including in the kitchen.

“To keep the budget down without making compromises, we chose a high-end engineered wood in natural oak in 200mm boards,” Elisabeth says. “The manufacturer recommended an oiled, rather than varnished, finish, because it makes it possible to erase marks without having to sand the whole floor.”

The engineered wood floor is more stable than solid wood and the surface can still be repaired and refreshed by sanding it. Sourced from the Parqueterie de Bourgogne, this one has the advantage of being made out of wood from Bourgogne and manufactured entirely in Yonne. “A good place that gives good advice,” Elisabeth says.
ARCHIVALO
The owner herself bought the furniture and decoration in the flat, with the professionals’ style advice in mind in order to create a coherent feel overall.

In the living room, she opted for this flower-shaped marble table, pouffes in natural fibres and a Berber carpet. She hasn’t yet chosen a new sofa.
Atelier Jaune
We do not have visuals of the bedroom, except for this 3D projection that the designer shared with us.

“At the back on the left of the room there was a wardrobe with 2m-high doors. Inside, it’s 4.5m high at its highest point, and it was impossible to store anything in the upper section. It was this observation that motivated Hélène to create the storage attics high up,” Elisabeth says.

The pros reworked the cupboard, placing it across the back of the bedroom. “It now incorporates an already existing oeil de boeuf window [resembling a wheel], which gives it a boudoir feel,” Elisabeth says. Its double height is now exploitable thanks to a retractable ladder, which appears as a trap door in the ceiling, that makes it possible to lower a little staircase when open.”
Before Photo
The original bathroom, which included a bath, was not very large but nonetheless had a ceiling reaching 4.5m at its highest point. The space was not very pleasant due to its oppressive, chimney-like proportions.
ARCHIVALO
The new bathroom, which now incorporates the toilet and washing machine, feels much cosier underneath the storage space.

Concrete countertop washbasin, Urbi et Orbi, an artisanal brand based in Athens.
The new bathroom layout, with the wall between the toilet and main area knocked through, is a much better use of space.
Before Photo
The toilet was separate, which wasted space. The designers incorporated it into the bathroom in order to carve out some room for the washing machine.
ARCHIVALO
Above the now wall-hung toilet, the craftsmen created a niche to cleverly conceal an inspection hatch.


Elisabeth met the owner at the site every week, and made phone calls a couple of times a week about decisions on materials or the placement of certain features, such as the plugs. “Certain clients need contact, others not at all. We adapt to each client and see to it that their interests and those of the craftsmen are managed, with no clashes,” she says.

She was particularly happy about one word her client used to describe her experience. At the end of this project, which was carried out in the middle of a pandemic that caused a lot of dangers and delay, “she told me she had felt ‘shielded’ through the whole of the project, and that she did not feel the brunt of the stress,” Elisabeth says.
Plan of works

Tell us…
What do you love about this hardworking home? Share your thoughts in the Comments.
Print
Facebook
Twitter
Email
Explore Related Topics
Houzz ToursHouse ToursEuropeFranceBefore and After
Read Related Stories 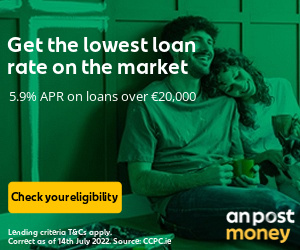