Kitchen Tour: A Redesign Creates a Roomy Space Without Extending

Photos by Dug Wilders Photography
Before Photo
Sarah Alcroft
The young family needed a better-functioning kitchen and more storage. Due to lockdown, the children had spent most of the year in the adjacent dining room completing their schoolwork, but having the two rooms separated made life tricky, and a lack of storage meant the kids’ toys were taking over.

The couple didn’t really want the extra cost and disruption of extending, but luckily designer Kirsty Harpham was able to suggest ways to make the existing space function better.
Sheffield Sustainable Kitchens
Kirsty started by removing the wall between the two rooms to create one large space. Having lost the wall cabinets, however, her challenge was to incorporate enough storage to keep the space tidy. She found some ingenious ways to give the family all the cupboard space they needed while at the same time keeping costs to a minimum.

The sink and hob were fitted in the same places as the previous ones. “If all the plumbing, gas pipes and electricity points are where they need to be, that cuts down on labour,” she says.

The wall units extend up to the ceiling to maximise useful space. The floor units are in a U shape, with the peninsula adding an extra length of worktop as well as three cabinets, one of which, at the sink end, is a dishwasher.
Sheffield Sustainable Kitchens
The windowsill is pretty chunky, so, to fit in useful cabinets, this area is quite deep, resulting in plenty of worktop space around the sink. The pull-out door on the right is a bin.

The company aims to be as sustainable as possible, so the bespoke cabinets are made from a special particleboard composed entirely of recycled timber.

The worktops are solid iroko, reclaimed from old school laboratory benches, with the graffiti sanded away to reveal the grain. “Iroko is one of the most robust timbers,” Kirsty says. “It’s naturally water-resistant, so it’s good if you’re having an inset sink, for example.” She does, however, advise that a worktop like this should be re-oiled roughly once a year, depending on usage.

Cabinets, Sheffield Sustainable Kitchens; painted in Dust Grey. Kitchen handles, Crofts & Assinder.
Sheffield Sustainable Kitchens
The owners chose decorative tiles for the splashback behind the hob to create a striking focal point in the otherwise neutral room. The rich yellow colour tones nicely with the brass handles and warm wood. Along the rest of the worktops, there’s just a simple iroko upstand, so nothing fights with the bold design.

As the windowsill protrudes too much for corner cupboards, Kirsty slotted in slim storage at either side of the sink run. “It’s nice to have a bit of a feature there for spices, oils or whatever,” she says.

Handmade ceramic tiles, Portuguese Treasures.
Sheffield Sustainable Kitchens
Kirsty fitted a much neater extractor fan than the original one, which freed up room for wall units either side. And, as the cupboards run up to the ceiling, there’s useful storage space above the extractor casing.
Before Photo
Sarah Alcroft
The wall opposite the sink originally had a fridge-freezer slotted into a nook.
Sheffield Sustainable Kitchens
Now, two doors matching the other cabinets have created a neat area. This wall has a staircase on the other side, beneath which is an understairs cupboard, originally accessed from the hall. Kirsty made use of the cupboard by blocking up the hallway door and creating the taller opening seen here in the kitchen. She then slotted in an integrated fridge-freezer.

The shorter, former fridge alcove now contains…
Sheffield Sustainable Kitchens
…a larder drawer system. “We fitted it with a Space Tower shelving unit,” Kirsty says. “It’s a really deep space, so we had [the system] made bespoke to be deeper – 680mm rather than 500mm.”

Space Tower shelving unit, Blum. Engineered wood flooring, Eric Gilbert Carpets.
Sheffield Sustainable Kitchens
The white door opens onto a covered walkway that leads to a small building housing the washing machine and laundry paraphernalia.
Before Photo
Sarah Alcroft
The dining room was stripped out ready for the renovation. This wall is opposite the kitchen.
Sheffield Sustainable Kitchens
Now there are two roomy cupboards on the end wall. “The original dining space was a bit like a toy storeroom, so we thought these big larder cabinets would be really useful for hiding away the kids’ stuff,” Kirsty says. They run up to the ceiling to avoid a dust trap, as well as to maximise storage.

The cabinets are deliberately in the same style as the kitchen units and worktops. “By having the same cabinet colour and the reclaimed iroko desk and shelves, they help the dining space integrate with the kitchen,” Kirsty says.
Sheffield Sustainable Kitchens
There are simple adjustable shelves in each cupboard.

The desk is a homework station, and the parents are now able to keep an eye on the children doing their schoolwork while they prepare meals.
Sheffield Sustainable Kitchens
The sliding doors open into the living room, which creates a great space when friends come round. The table and chairs fold up, so the area can be cleared when necessary.

The living room side of the right-hand tall cabinet is slightly thicker to allow the sliding door to open.

Table and chairs from a UK sustainable supplier on eBay.
Sheffield Sustainable Kitchens
The peninsula unit creates a nice divide between the two spaces without impeding the flow of the room. Kirsty left the end section open for more book and game storage, as well as incorporating dedicated wine slots.

There’s also a breakfast bar on the dining room side. “We did start off by not having seating at the peninsula, as we had some [additional] cabinets on that side, but once the tall larder cupboards in the dining room were in, the owner felt she had enough storage, so that enabled us to put seating here,” Kirsty says.
Sarah Alcroft
The floorplan before works, showing the two separate rooms and the original fridge nook.
Sarah Alcroft
The floorplan now. The kitchen is in the same position, but open to the dining area, and Kirsty has made more use of the space under the stairs.
Sheffield Sustainable Kitchens
Layout-wise, little has changed, with the kitchen and dining area still in their original positions, but the open room and elegantly incorporated additional storage has resulted in a space that’s easy to keep tidy and which the whole family can enjoy using.

Would Kirsty say the owners are happy with the design? “They’re absolutely overjoyed!” she says.

Tell us…
What do you like about this reworked kitchen and dining space? Share your thoughts in the Comments.
Print
Embed
Facebook
Twitter
Email
See 20 comments
Explore Related Topics
Houzz ToursUKKitchen ToursNorth East KitchenBefore and After
Read Related Stories

Houzz Tour: A Small Victorian House Where Every Inch is Maximised
By Kate Burt·37
House Tours

Kitchen Tour: A Country-style Design With an Urban Twist
By Vanessa Walker·10
Australia and NZ 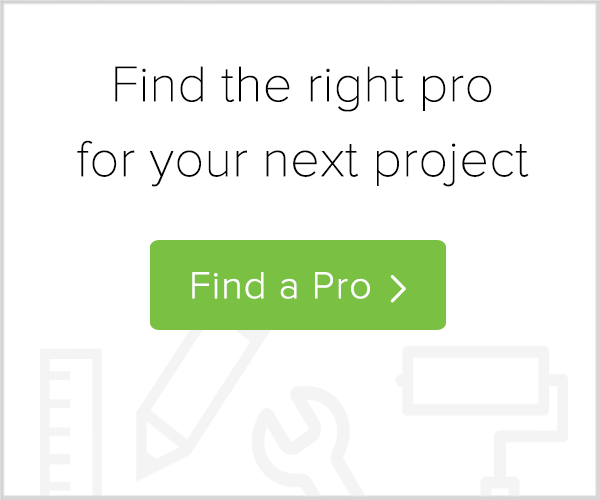 Houzz Tour: A Small Victorian House Where Every Inch is MaximisedFull Story